Apple’s iOS 13.6 comes with a bunch of cool new features, but it also fixes 29 security vulnerabilities impacting iPhones and iPads—some of which are pretty serious. 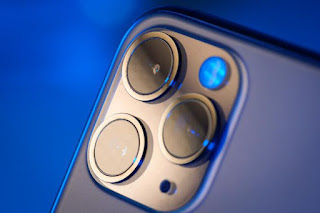 Some people don’t like to upgrade when Apple brings out a new version of iOS, instead preferring to wait for any bugs to be ironed out. As someone who covers security, I disagree with this approach, because new iOS versions also come with fixes for any serious issues in the previous iPhone software.

This time, it’s especially important to update your iPhone to iOS 13.6 as soon as possible, because Apple has released a hefty list of 29 security vulnerabilities that it has fixed in the latest version of the software.

Apple doesn’t give much detail about iOS security issues while people are still on vulnerable versions, to avoid hackers taking advantage. However, in a support document detailing the security content of iOS 13.6, Apple lists the 29 issues affecting areas including Audio, Bluetooth, Kernel, Mail, Messages, Safari Login AutoFill, and WebKit.

The worst of the vulnerabilities patched in iOS 13.6 could allow for arbitrary code execution—an attacker could obtain the same privileges as someone who’s logged on, or bypass security restrictions and execute remote code on the impacted system.

This is pretty serious, and as Sean Wright Immersive Labs’ lead of application security, SME, outlines, it’s a very good reason to update now. “Any time I see remote code execution vulnerabilities, it is something I want patched immediately. These types of vulnerabilities can carry the most risk.”

The new iOS 13.6 release is one of Apple’s biggest for a while and may be one of the last before it drops iOS 14 in a couple of months. It comes with a bunch of new features such as CarKey, which allows you to use your iPhone or Apple Watch to open your car.
And iOS 13.6 also includes a game-changing feature that will probably be very popular among Apple users—new toggles that allow you to customize Automatic Updates. This can be found in your Settings under General > Software Updates. 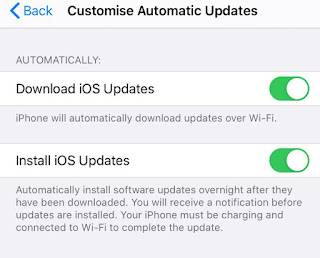 As you can see from this screenshot, the option to choose to “Download iOS Updates” and “Install iOS Updates” can help to preserve space, but you need to know what you are doing to use this option.
Apple currently has these options toggled to “on”, and I suggest you leave them to ensure you receive security updates such as those detailed in iOS 13.6 ASAP. Even so, it’s nice to know they are there.