Perhaps you know that the current flagship chipset of Qualcomm is Snapdragon 888 5G. This chipset was launched in December last year. At the same time, it was used in all Android flagship phones this year by most of the smartphone manufacturers. 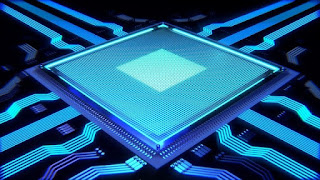 But as of now, it seems that this pattern is going to change soon, as a new name has been added to the Geekbench listing recently which is Snapdragon 888+. So let’s get some information about this topic.

As is the case with the ‘+’ variant of Qualcomm’s chipset, the Snapdragon 888+ will be an overclocked version of the Snapdragon 888. Notably, the Extreme Performance Cortex-X1 core is clocked at 3.0GHz, as opposed to 2.84GHz on the regular 888 5G.

Meanwhile, tipster Digital Chat Station hints that Qualcomm may release three variants in the Snapdragon 888 series. This includes a 4G variant, a Wi-Fi variant and a Pro variant. From the looks of it, Samsung could use these chipsets on the upcoming Galaxy Tab S8 tablet.

Apart from these scores, no information has been found about the chipset yet. Going by the previous Snapdragon chipsets in the ‘+’ series, we can also expect GPU improvements with the upcoming mobile chipsets. As Geekbench listings are already starting to appear, Qualcomm may make the chipset official in the coming weeks. We’ll cover it when it happens, so stay tuned for more updates.