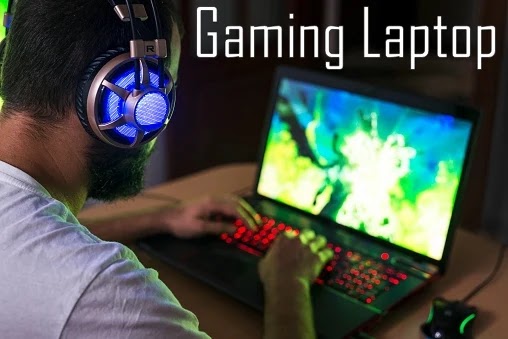 However, there are now much good quality and high-capacity laptops that are not as good as the desktop, but almost as close as the game experience. In addition, many gamers are now leaning towards buying gaming laptops because of their easy portability. Since the price of a gaming laptop is much higher than that of a normal laptop, there are some things to keep in mind while buying a gaming laptop. Desktop computer parts have to be bought separately, but buying a gaming laptop means buying a whole computer at once, many parts of which such as keyboards, screens cannot be changed later. So here are some important things to keep in mind.

GPU is an acronym for Graphics Processing Unit. The name suggests what it does and how important it is to play games. Because all games rely heavily on graphics. The job of the GPU is to process all the graphics related units in the computer. So if the GPU is not of good quality then it will be difficult to play the game.
Most laptops currently use the Nvidia GeForce GTX or RTX GPU. Another GPU maker has not yet become popular for AMD’s GPU laptops. So at the time of purchase, you must buy the GPU of the Nvidia company. Since not all games use the same amount of graphics, you can choose the GPU based on the game. The GTX 1650 is enough to play elementary level games. With it, you can play most elementary level games. You can make your GPU even more powerful by using GTX 1660 nearby. Nvidia’s GeForce RTX 2060 GPU is required to play medium quality high-performance games. You need to use RPX 2070 model GPU to play any kind of high-performance game. With it you can play VR technology-rich games. However, if you want to play all the games with special graphics effects and VR technology effortlessly, the GPU of the RTX 2080 or RTX 2080 Ti model is the best.

GPU must be much better than CPU for gaming laptops or computers. So buy the best GPU in your budget and then look at the CPU. Depending on your budget, you will choose the CPU, but make sure it is at least a Core i5 processor. With it, you can play almost all the quality games well. There are currently many laptops that have a desktop computer CPU. So if you have the budget, you can buy a Core i7 or Core i9-8950HK model CPU. Usually, the CPU of the laptop cannot be updated so you have to think a little while buying.

After the graphics card, RAM is the most important device for gaming laptops. Because the speed of the computer is not good then it is almost impossible to play games. That’s why most gaming laptops have at least 8 GB of RAM. However, keep in mind that 6 GB is normal for gaming laptops, if it is within the budget, then 16 GB of RAM should be used. Then you can play any kind of game on your laptop. Laptops that have a GTX 1050 or 1050 Ti model GPU usually have 8 GB of RAM, but higher capacity GPUs such as the GTX 1060 model or higher have 16 GB of RAM. However, the good thing is that RAM can be upgraded very easily, so now if it is not possible to install 16 GB, then it can be started with 8 GB.

Many people prefer laptops to desktops because they are easy to carry. But to be honest, gaming laptops can’t support the battery for a long time, so you can’t move the laptop too much to play games. If you don’t plug in while playing games, the GPU will not be able to use its full potential. Again, if you continue to play games without plugs, then the laptop will run for 1-2 hours if too much. So even if you don’t think too much about the battery, it is better to focus on other parts.
Since gaming laptops are quite expensive, you should buy a laptop that you can use for at least a few years. So if you can afford it, you can buy NVidia GeForce GTX 1060 model GPU because it allows you to play basic level virtual reality games. The better the graphics card, the better the gaming experience. As mentioned earlier, GPU is far more important for gaming laptops than RAM and CPU. You also need to look at the storage of the computer because the game takes up a lot more space than other software, but you can easily increase the storage later. Hopefully, considering the above, you will be able to choose a good laptop for playing games.